Rwanda – An Economy Touched by Coffee12 April 2018Next 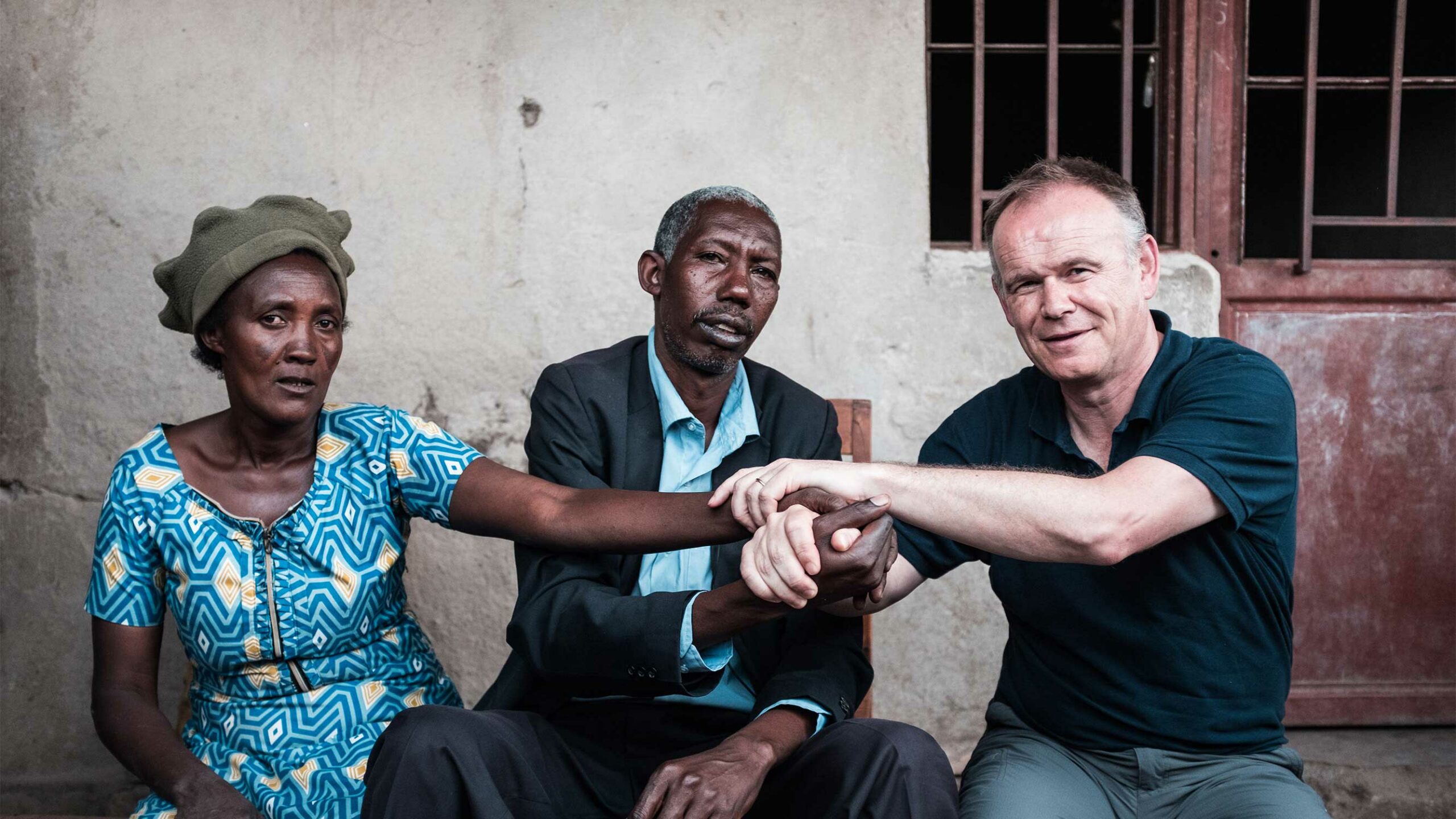 Though it was only four days in Rwanda, from what we saw, our ‘Western Democracy’, or the distinctly Rwandan flavour of democracy appears to be working just fine. I’ve visited Africa before, on several coffee origin trips, and frankly, what President Paul Kagame has salvaged from the Rwanda of the 90’s is remarkable. In East Africa, it seems no democracy is better than a weak democracy.

For years I’ve heard Rwanda described as the ‘Switzerland of Africa’ by Schluter Speciality Coffee, one of our coffee partners. Having chosen and worked with some stunning Rwandan coffees over the years, we decided it was time to visit the East African nation.

We chose to visit a collection of farmers in the southern province of Ruhango, a region known locally as the ‘Land of a Thousand Hills.’ Ruhango is a rolling carpet of a million verdant grassy peaks, with mountain cities, towns and villages dotted throughout the hills that swoop and dive across the landscape like a rollercoaster.

Our group consisted of 8 people. From the Java Republic roastery there was myself, Vini Arruda (Coffee Development Manager) and Jolanta Turowska (Production Manager). We were also joined by our distributors David Newman and Kieran White. Last but not least, we were accompanied by Ross Nicholson from Schluter Coffee and our brilliantly talented photographer for the trip, Joe Were. 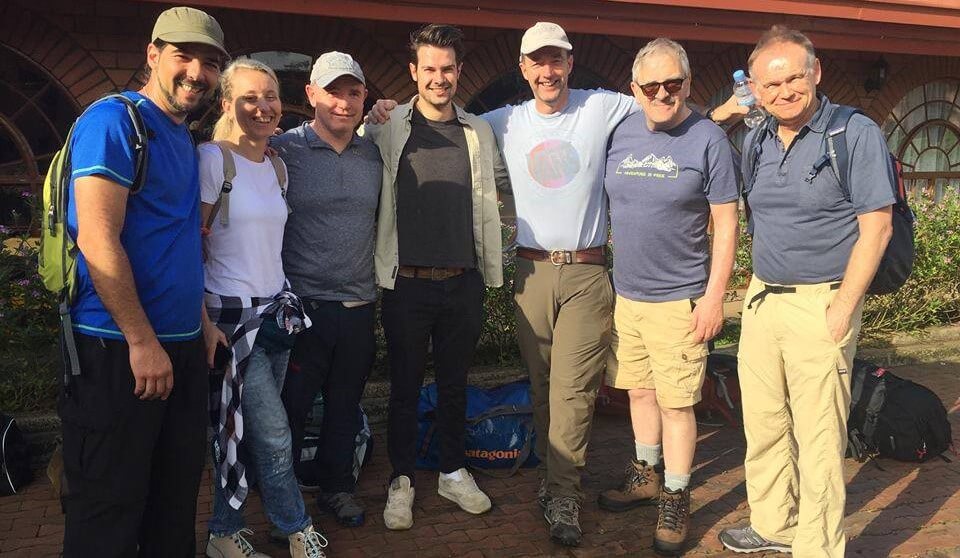 Rwanda is a third the size of Ireland but is home to nearly 12 million people, ⅔ of whom are women. A landlocked country, enveloped in the unstable embrace of Uganda, Democratic Republic of Congo, and Burundi – who have each experienced their own genocidal campaigns between Hutu and Tutsi peoples. The more stable Tanzania lies along the entire Eastern border.

Some have likened Rwanda to Singapore, but for me it felt more like Marrakech. It is a beacon of hope shining in the centre of East Africa.

Everyone walks. Women, dressed in beautiful kitenge fabrics, walk effortlessly balancing every imaginable good on their heads. Bicycles laden down with cooking fuel and products for sale pass by. No one sits around allowing mothers and women to do all the work. Kids as young as four can be seen carrying kettles of water for miles with their brothers and sisters. Teenagers, turned out in the standard Rwandan blue school uniform walk to and from school in green Crocs provided by the government. 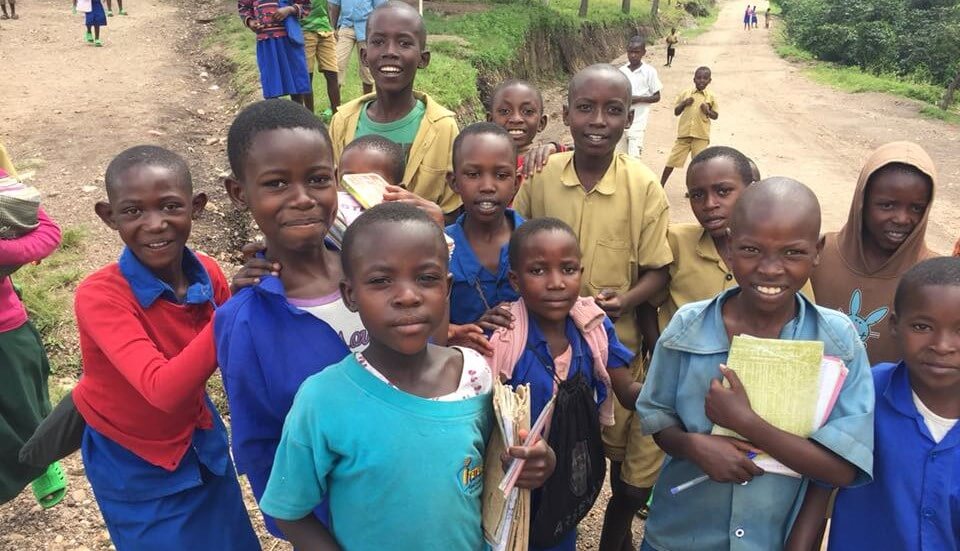 There are no fat people in Rwanda. At least, I saw none. I was shocked to realise, they are often a great deal younger than they look. Life in Rwanda does take its toll. Farming here is tough, physical labour.

Heading out to Rwanda, people asked, ‘isn’t it very dangerous?’. On our return we were welcomed home with a chorus of ‘great to see you home safe again.’ I think it’s vital, at this point that I state – having travelled the world, heading on numerous coffee origin trips, travelling for business, even just going on holidays – I have never felt safer in another country than I did in Rwanda.

I implore you to buy its coffees. I implore you to visit its cities, towns, villages and countryside. I want you to invest in Rwanda. Support Rwandan businesses. Offer financial support to Rwandan projects. By this, I don’t mean offer them charity – having had a bad experience with a water project in Ethiopia, I know now that charity is not the answer – investing in and supporting local businesses is more effective. Give them the means to prosper.

Before Kagame ascended to power in 1994, throughout its colonial history Rwanda was at one point or another at the mercy of the Germans, Belgians, French, and the Catholic Church. Resource extraction was the sole motivation for being in Rwanda, thus the colonial powers manipulated the once peaceful relationship between the Hutus and Tutsis, semi-enfranchising whichever group acquiesced most peaceably to the colonial rape of their country.

The Hutus and the Tutsis were effectively turned against each other by colonialists as a means of controlling them, and distracting them from their rapacious pillaging of Rwandan resources. Why fight the locals when you can engineer a fight between them and let them do the heavy lifting?

To be clear, I am not attempting to excuse the horrific slaughter of Tutsi Rwandans by Hutu Rwandans, rather point out how the Rwandans had been exploited and manipulated by developed countries, and one particular religious corporation.

The Hutu-Tutsi relationship took on the colours of a class/caste system. While Hutus were the majority population, the Belgians installed the Tutsis as the ‘superior ethnicity’ stoking violent tension. In Rwanda, the identity card, enforced by the Belgian Government and Catholic Church, which denoted you as Hutu or Tutsi, became the ultimate weapon.

The colonists played the Hutus and Tutsis off one another, creating an atmosphere of suspicion, rivalry and racial hatred. By denying access to education, jobs, most everything, they engineered the ill-feeling which would boil over into genocide.

Genocidal violence had reared its ugly head in 1959, 1963 and 1990 before the most infamous 1994 campaign carried out by Hutus, resulting in the death of over a million Tutsi and moderate Hutu people. The chaos was seized upon by vindictive opportunists seeking to settle grudges, zero debt, steal and pillage.

To date, the Belgians and the Catholic Church are implicated, directly or indirectly in 9 genocidal campaigns in Rwanda and its neighbour Burundi.

From the 7th April to July 15th, 1994 – men, women, neighbours, old friends and militias butchered one another. In ninety days one million Rwandans were murdered – hacked to death with machetes imported from China. Hundreds of thousands of women were raped. Today there are estimated twenty-four-thousand 24-year-olds living in Rwanda, the children of rape and genocide.

Rwandans called upon the UN, the Belgians, the French and the United States. None answered quickly enough, resulting in the needless deaths of hundreds of thousands. Rwanda is a small country with few minerals, few assets and no consumer to economy to speak of – how could they possibly have afforded Western intervention?

During our brief trip we visited the Genocide Museum. We also noticed flower strewn monuments commemorating the dead in the small farming communities we visited. All of Rwanda was affected by the events of those few short months. We took a personal tour, which I won’t put you through here. It affected our group badly. At one point I regretted pushing for us to go on the tour, but now I recognise that it was something we had to do.

Everything that I have talked about here represents what I learned about Rwanda before going on the trip. I wanted to go to Rwanda to understand their world even further. This insight that I had was nothing compared to what I experienced first-hand however.  In Part 2 I will take a look at this in more detail, and talk about the “new Rwanda” – how the country has developed into an astonishingly modern place, considering the trauma it endured.