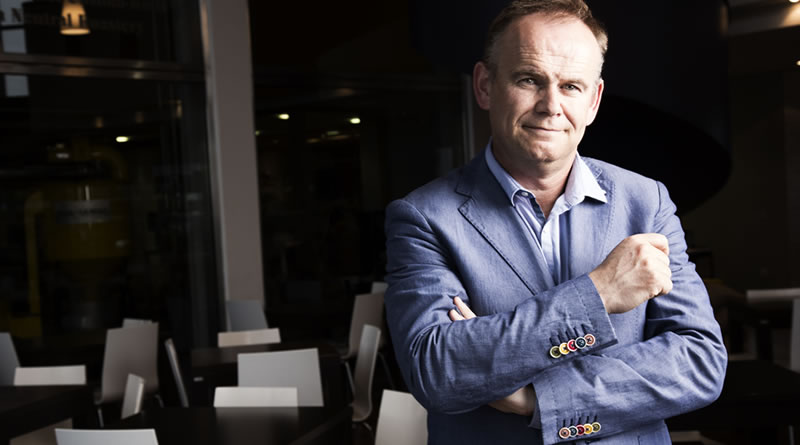 There Are No Ethics in Coffee

I’ve spent nearly 30 years in the coffee industry. I’ve seen it grow in Ireland from a boring tea alternative with major health concerns in the Eighties to the most-talked-about and trendy specialist drinks sector on the planet, worth €30bn.

Throughout Ireland, a string of corporate coffee houses are engaged in one of the most intense retail fights to secure the dominant position for their coffee brands. A never-ending stream of capital is flowing in from investors looking to claim their own piece of a sector that continues to grow, fueled by innovation, passion and love.

The phenomenal growth of just about every sector in the coffee industry has had insane commercial benefits for us all – with one exception: the small coffee farmer.

The farmers, their families and workers are the forgotten slaves in this industry. Some 25 million small coffee growers produce 73pc of the coffee we drink – and they are being exploited.

Describing a small patch of one or two hectares of lush jungle as a farm stretches the imagination. About 90pc of the coffee world’s 25 million small farmers and pickers work on such farms. If they’re lucky they may own a mixed field where coffee is grown alongside other vegetables and fruits as a cash crop.

I’ve visited coffee-producing countries numerous times and each time I’ve witnessed families doing everything they can to get their children off the farm and into full-time education, which would offer them a chance to secure a decent living standard. However, most families don’t have the means to pay for higher education – and when coffee prices are low they simply cannot afford to stop growing coffee, let alone pay for education.

The truth is, the coffee growers of today are not much better off than the thousands of slaves forced to develop this huge commodity by the colonial powers of the 17th and 18th centuries. The historical crimes of our predecessors are not just an issue of the past. The highly unethical treatment of coffee growers continues today.

It costs the small farmer between $1.80 and $2 to produce a pound of coffee. Larger, privately owned plantations can produce the same amount of coffee by cutting costs through cheap labour.

The coffee ‘C’ contract is the benchmark price for Arabica coffee. Today it hovers around $1.25 per pound. The ‘C’ contract, based in New York, has controlled the commodity – and farmers’ lives – for more than 100 years.

Java Republic’s own humble beginnings back in September 1999 consisted of buying coffee at about $0.50 per pound – completely screwing any and all farmers, their kids’ dreams and workers along the way.

While the extra margin ensured Java’s success and helped us survive the shocking odds of our going bust, I often wonder how many families we exploited in those few years. Why would any farmer ask or expect their children to stay in this horrendous, never-ending poverty cycle?

The few hundred dollars the family made from this cash crop was their only opportunity to invest in education and basic foods, often with little left over to invest in the following year’s crops.

The younger generation naturally wants to escape the poverty cycle that has ensnared their family. However, there is very little opportunity for education or life outside the farms. Their future appears to be determined by a past that holds strong.

Gender, of course, is another pertinent issue. Being female often means a case of double colonisation. Ethiopia was particularly distressing, the patriarchal structure being very quick to employ the “it’s our custom” claptrap to excuse its enslavement of women workers. On the other hand, Nicaragua demonstrated progressive ideas around gender, with very young women being trusted to run impressive farmer co-operatives.

The Haitian coffee growers demonstrated an impressive dedication to raise funds so their children could emigrate to the USA. They didn’t trust us or care for us when we visited – and I admired their shrewdness. The coffee giants have exploited native farmers for generations, and they saw through our big smiles and impossible promises. Unfortunately their coffee yield must have been half of any other origin I have visited.

It is ironic that the Dutch, once the cruellest colonial power, should have created the Fairtrade label. Some 30pc of Java Republic’s coffee is Fairtrade, including one of our best coffees, Blue Earth, sourced from certified Fairtrade farms in Mexico and Peru. Fairtrade ensures that farmers are paid 20c more per pound than the ‘C’ contract.

Certainly, the Fairtrade initiative has accomplished a great deal. However, if it is to retain its role as the ‘grand disruptor’ in the coffee industry, it needs to move to the next stage quickly. Coffee-producing countries are seeing record-breaking crops and this is causing the already low price to collapse.

Certain ethical labels have become a corporate flag for large coffee companies to hide behind and suggest some minor commitment to ethical trading, while continuing to exploit other farmers. Fairtrade is large and bold enough to counteract this deceptive practice and bring to the forefront the actual real-life conditions of the global coffee-farmers.

Right now, we need Fairtrade to do everything in its power to convince the roasters and retailers to take responsibility for their actions, re-evaluate their commitment to ethical practices and be accountable for the price per lb of coffee that they pay.

Since 2002, after returning from a trip to East Java, we have always declared the price of our green beans on our website. We have endeavoured to always be completely transparent with regard to how Java operates and how it engages with the producers.

We will never directly or indirectly raise money for water projects or schools, because we do not know what we are doing. We will be cautious sponsoring any other local projects as a marketing tool.

We will begin again by declaring our historic net prices per pound, as should any roaster worth trading with. I recognise that paying the highest price per lb does not guarantee any better cup quality, but we need to be kept accountable for the price we pay farmers.

Consumers should be given the option to buy totally ethical coffee, and know that they have chosen to purchase coffee produced by a farmer who was treated fairly and with respect. Fairtrade will remain an important part of our business – but so will direct trade with farmers visited at the origin.

Java Republic is committed to doing its part to expose and put a stop to the modern-day slavery that drives the global coffee industry.

Last week, I visited Bogota, Colombia, with several colleagues in search of AAA, AA, A and micro-lot speciality coffees. Though the profile of speciality coffee has grown in Ireland over the last few years, it still represents less than 0.1pc of all coffee imported into Ireland, due to its price.

As mentioned above, the New York ‘C’ contract controls the price of coffee around the world. And while it may cost the farmer between $1.60 and $1.80 to grow a pound of coffee, the ‘C’ contract has fixed the price at around $1.30 per pound.

However, speciality coffees are purchased with a premium of between $1.10 and $2.50 per pound on top of the current $1.30 price. Speciality coffee offers the farmer an opportunity to profit from their toil.

The processes for harvesting great quality, ripe cherries and then allowing for their fermentation and drying is so advanced in Columbia that I only wish it was the same for farmers in Ethiopia and Haiti.

The most rewarding part of our week in Columbia was developing a direct relationship with the farmers, and I would hope others in the industry will endeavor to do likewise.

The onus is on us – the roasters and retailers, the power brokers in the coffee industry – to ensure the coffee grower is treated as an equal shareholder in the industry. We must expose and end the modern-day slavery that underpins our coffee world. We are responsible for stopping it, standing up and saying we will not tolerate or be complicit in exploitation and slavery. There is no ethics in coffee right now – but we can change that. We must change that.