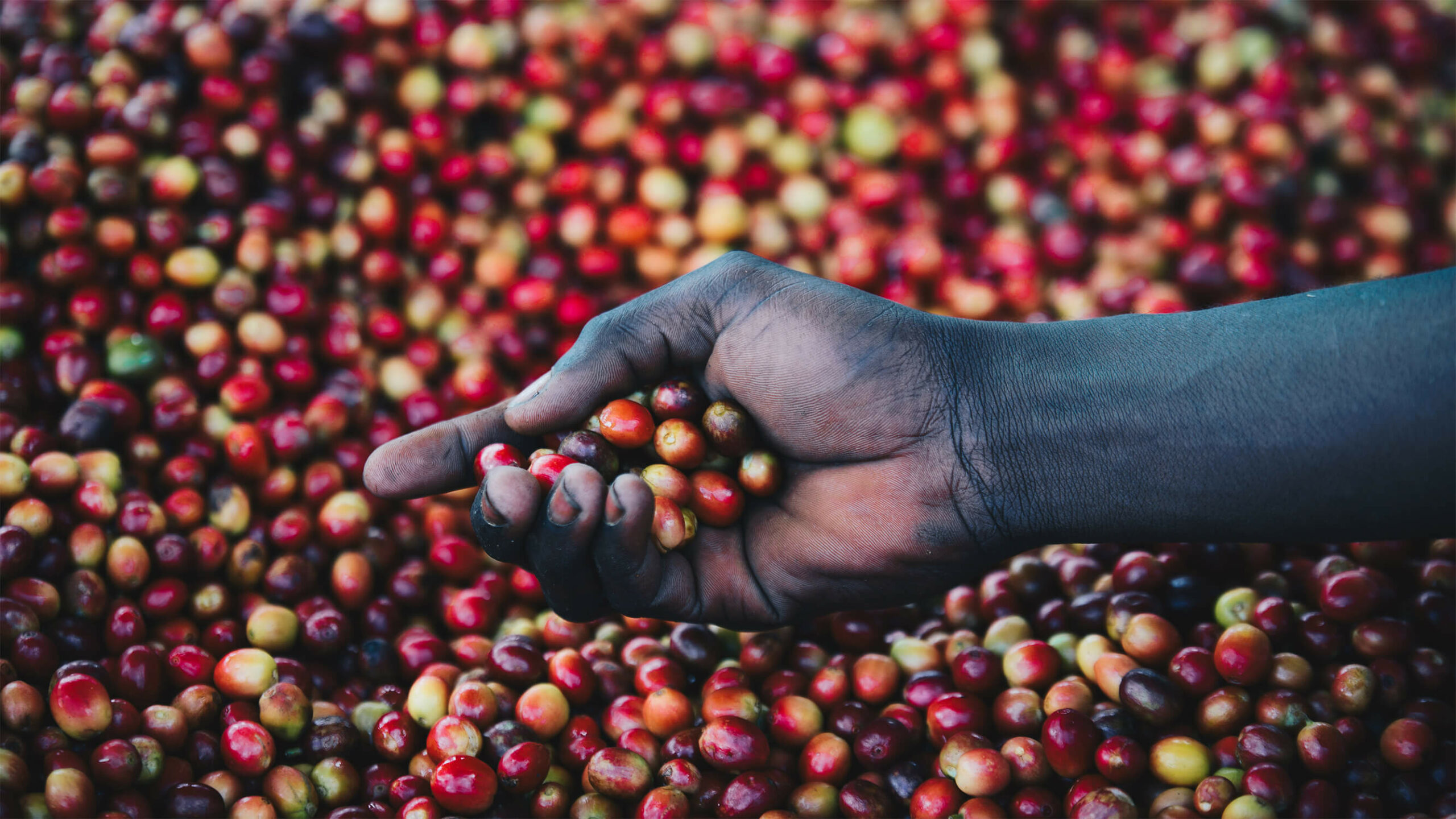 Coffee is Rwanda’s fifth most valuable export after: gold, refined petroleum, ore, and tea. In 2016, Rwanda exported 3,310,339 kilos of coffee. Grown by four-hundred-thousand famers, and processed in one or more of the country’s two-hundred-and-twenty-nine washing stations, Rwandan coffee has earned itself a sterling reputation worldwide. Switzerland bought 42% of the yield. The US took 20.9%, followed by the UK with 12.4% and South Africa at 5%. Ireland does not rank on Rwandan coffee exports, but we do buy a great deal of tea from the country.

The industry is a massive boom to the Rwandan economy, part of the farming and agro-processing sector which employs close to 90% of the Rwandan workforce. 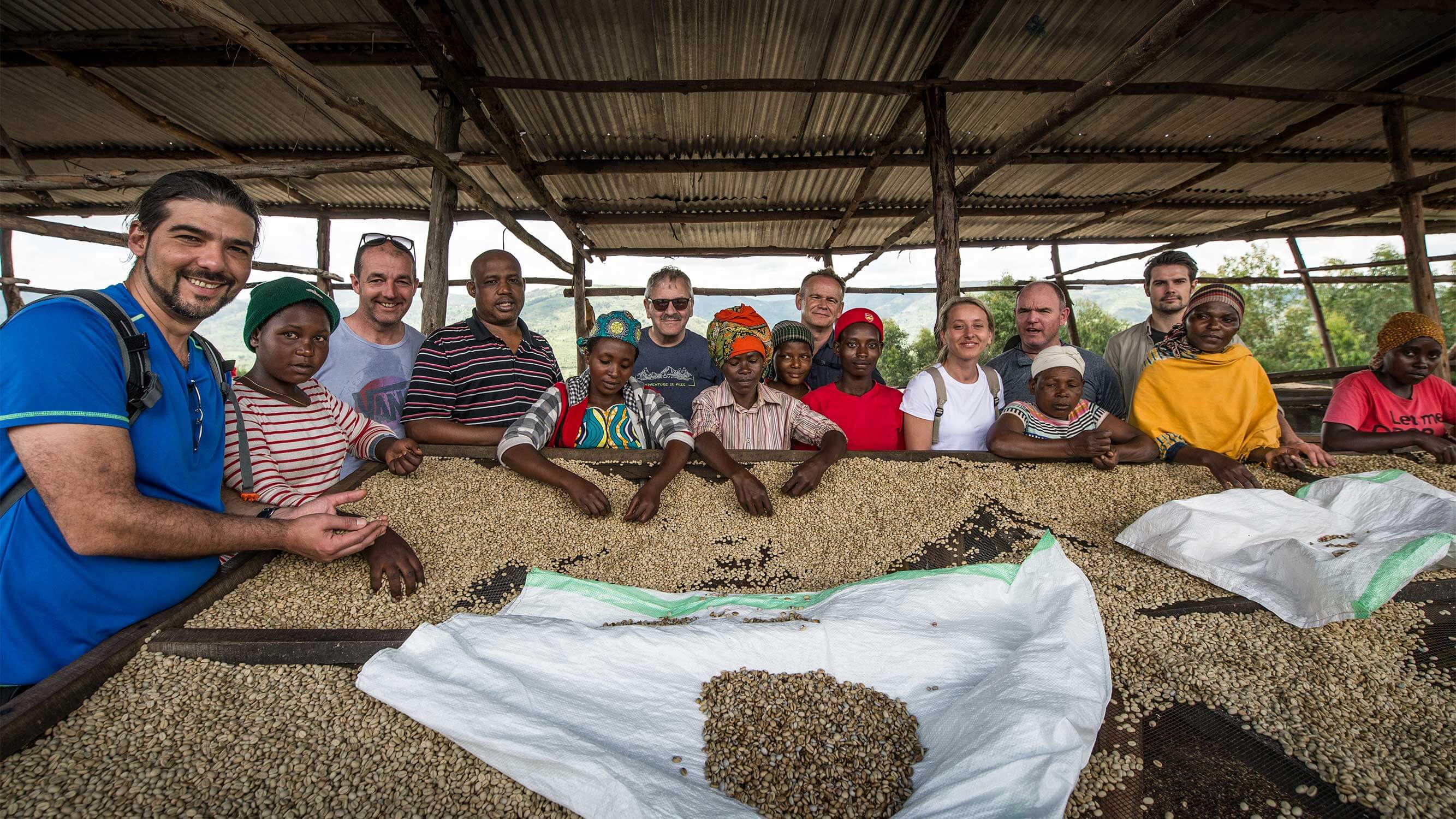 Rwanda’s bourbon coffee is bright, clean and fruity, with orange syrupy flavours and a heavy mouthfeel – though at times it can affect a certain subtlety, depending on its quality. Grown between seventeen-hundred and two-thousand metres, the coffee cherries go through a full double washed process unique to Rwanda, whereby the cherries are soaked twice, for at least twenty-four hours. They must be picked from the trees when ripe, and transported immediately to the washing station. At the station we witnessed young girls carrying sixty kilo bags atop their head with ease. During the process, cherries that float are removed and the rest ferment in order to remove the fruity mucilage flesh.

The wet parchment is then laid our across long wooden beds, and labourers work through it to pick out any defects which escaped the initial cull. Next they are brought to open wooden raised drying beds where the sun is allowed to reduce the moisture to just around ten or eleven percent over a fifteen to twenty day period. During this time, more damaged beans are removed.

After the twenty days, and when the parchment appears fully white and has no cracks, it is nearly ready. Following a final process, and a further check for defects, the coffee is ready for grading, and is then bagged and ready for export.

The entire process requires extremely hard labour, and is carried out almost entirely by hand. No mechanical aids.

Right now, Rwandan coffee growers are struggling to resist the effect of the Antestia bug which affects coffee trees. And from what I saw, coffee tree husbandry is lacking slightly, and is no doubt affecting coffee yield. It would help to reduce the impact of bugs and fungus, and is a relatively simple remedy. 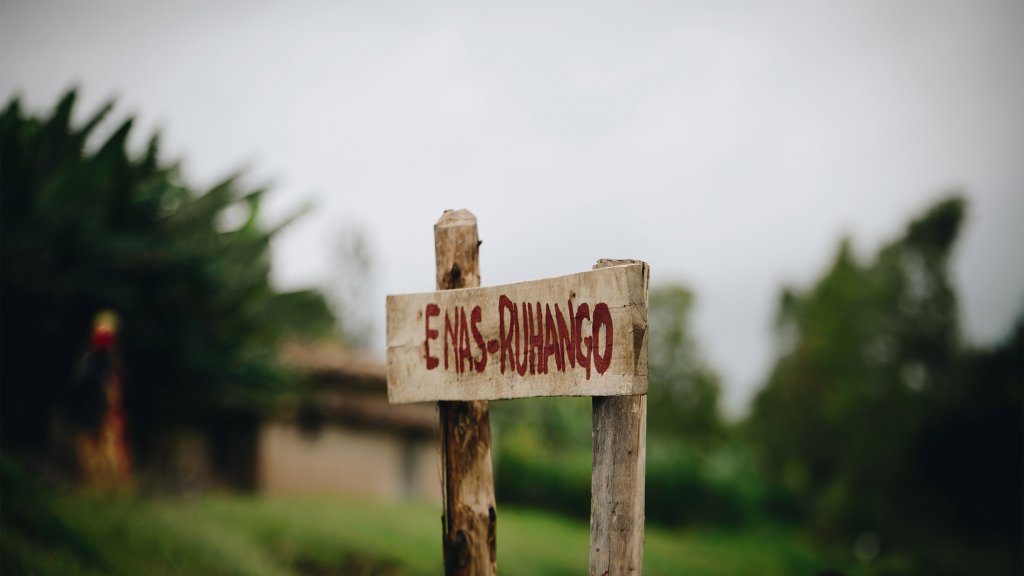 The main roads in Ruhango are good, but the secondary roads remain nearly impossible to traverse. In each tiny village we visited we saw ads for Primus Beer and Tigo, Airtel phone cards, and places that will process credit and cash payments. Though you might imagine the incessant marketing of alcohol in tiny rural communities would create a drink problem, we saw no drunks, save for one reveller merry on his own fermented banana concoction.

Deforestation remains a pressing concern in rural Rwanda, unless an alternative fuel for cooking can be found the hills will continue to lose their trees.

In the communities we visited, 72% of the farmers have taken up the means-tested Mutuelle de Santé. This is a government-run, community-based health insurance scheme. Those who sign up to Mutuelle de Santé pay individual contributions, with the rest being subsidised by the government. Java Republic have committed to paying the contributions of the farmers and their families that we get our beans from.

In addition to this, forty-two-per-cent of farmers avail of the Health Clinics with free HIV/Aids and malaria tests, which are voluntary. They use the family planning services also.

There is electricity, but you did not get the sense that clean water was easily accessible. People live in modern brick houses. We saw no thatched huts. The farms are small, with one government-subsidised cow each. There are new schools everywhere.

Pets are not a thing in Rwanda. We saw no dogs, but found plenty of small goats, rabbits and chickens and the odd beehive with fresh honey.

The people and farmers were incredibly warm and welcoming. Kids ran around us excitedly shouting ‘Mzungu’, white-skinned man. When I asked if there was a word for ‘white-skinned fat bald man,’ I was greeted with howls of laughter. The kids looked healthy and well-nourished, no cloudy eyes or swollen bellies.

However there is a notable absence of old people, with life expectancy for men topping out at fifty-four for men and fifty-seven for women.

The soil in Ruhango is naturally fertile, being a volcanic and nitrogen rich bed, but the need to replenish nitrogen with expensive fertiliser remains a challenge for the farmers. Some of the farmers grow bananas and cassava, which is a staple root crop used as food and a cash crop. Naturally occurring cyanide needs to be processed out though. Maize and rice is also grown, alongside keeping bees for honey and rearing cows. The farming tools are primitive. We saw just one tractor during our trip.

The farmers are paid 300Rf per kilo of coffee. That’s 30c per kilo. They are constantly reminded if they let green coffee grow to full cherry they can make an extra 25-30% weight-gain on their cash crop – but that means delaying the payout by weeks which is not always necessarily an option for the cash-strapped farmers. The coffee cultivation is entirely manual, and requires back-breaking work, with hours of hand-picking and transporting the crop on the backs and heads of men, women, and children.

The farms are tiny, typically less than a half hectare, with the farmers owning on average about two-hundred trees, which allows for a harvest of between four and six hundred kilos. The farmers are paid upfront, and told they will be paid again if a premium is achieved. I cannot say how transparent this system is though, and the farmers are so desperate for cash, there is probably little agitation for a more transparent system.

The coffee workers are paid around $1.40 per day of hard physical work. Fortunately groups like Technoserve and Pearl are working desperately hard to drive coffee quality programmes in Rwanda. The government also provides subsidies and loans to the poorest coffee-growing communities.